A brand new song for all you lovers of barley water and white flannel trousers! Anyone for Tennis? 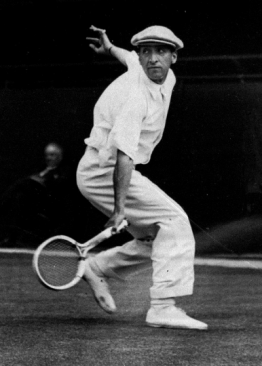 A few years back I heard a great story about one of the Apollo missions to the moon. Apparently they were allowed to take one album each. When they were well on their way, they got their tapes out to compare notes. All three of them had the same Johnny Cash album. Here’s the song and my tribute to the Man in Black…

It was only last year that I finally got around to reading John Buchan’s The Thirty-Nine Steps. I’d watched the celebrated Hitchcock film, but the book has a particularly stylish and exhilarating quality all of its own. The voice of the irrepressible, resourceful Richard Hannay, an engineer and intelligence officer recently arrived in London from Africa  is what gives its character, both cynical and scornful of authority. The pace is astonishing, with several things happening almost at once – there are chases, explosions and gun fights, but the central motif is travel.

Buchan clearly has fun with the possibilities offered by motor cars and aeroplanes and along with trains, and chases on foot across Scottish moors, Hannay is always on the move. The plot, which revolves around a plan to precipitate a European war, is almost ancillary to the odd characters (including a milkman, hung over road worker and prospective parliamentarian) Hannay meets on the way. While it owes something of a debt to Conan-Doyle, it has inspired a thousand of copy-cat blockbusters and Hollywood films, particularly those which feature the archetype of the stylish, clever, maverick outsider, wayward, but ultimately committed to King and country. Ian Fleming, you suspect had a copy on his bedside table.

Anyway, all of this inspired the inevitable song!

I set myself a little challenge to write a big band number. The trouble is, I’m missing a big band. So with four strings and a little enthusiasm, I’ve done my best. Your imagination can do the rest. Hit it!

What would you do if you had all the money in the world?

Well, it’s the old question isn’t it? But in all likelihood it would stop you doing all the things you like doing.

You’d be on the phone to your accountant, or out shopping for cars and holidays … when in fact all you really want to do is read books, write poems and play the ukulele all day, which costs nothing at all… Here’s a little song about the high rollers of this world. “On a whim we had some Pimms until we couldn’t feel out limbs…’

So what’s your favourite double act? Is it Morecambe and Wise, Watson and Holmes, Palin and Cleese, Fry and Laurie, Vic and Bob, French and Saunders or Frost and Pegg? Personally, I always liked Smith and Jones myself. Anyway, here’s a little tribute to them all! Plus a nice picture of my son and I up a tree.

The Scarecrow in the Rain

Each day on the drive to work I pass three scarecrows, their old shirts and trousers flapping in the breeze. They all stand in the same field, suspended on their poles as if they are three friends (or three wise men/three fools/three thieves?) who have fallen out with each other. What are they thinking? What are their hopes and dreams? Why have they fallen out? Here’s the song it inevitably inspired.

For poems about scarecrows, fools and mythical London detectives, take a look at my poetry collection, The Fool, available from Templar Poetry.

From bowler hats and cricket bats, to old typewriters with a missing key, my new ukulele song is all about old fashioned things like love. Enjoy!