So here’s another song. I was trying to learn For My Father by Andy McKee,  the king of finger-style guitar playing. It’s a beautiful song and I set myself the goal of learning it by Father’s Day. I quickly discovered that this was a little like reading the complete works of Shakespeare by Tuesday. So instead I improvised in the distinctive ECDGAD tuning that McKee uses and came up with this song instead. It takes a while to find chord shapes that work, but when you find them, beautiful sounds are suddenly conjured from your fingertips without you realising quite how.

Of course none of this noodling is helping me write 69 poems about 1969, but then you can’t work all the time. Happy listening.

For those who followed my abandoned Ulysses Diary (a failed attempt to document my journey through James Joyce’s famously difficult novel) I now have another project for you to laugh at. I’m attempting, for little good reason, to write 69 poems about the year 1969.

I noticed that an uncommon number of my cultural touch points came from this year (Abbey Road, Stones in Hyde Park, Ted Hughes’ Crow – well almost) and that it was also a year of unusual innovation (Concorde, the moon landings, the Jumbo Jet). In a sense it can be seen as the start of the modern age. Here’s a sample from the work in progress, inspired by an incident that took place on 19 March 1969 – when a 1200 ft television mast collapsed in Yorkshire wiping out Coronation Street or whatever happened to be on TV that grey Wednesday evening. Jolly stuff!

Tethered to the earth,
yearning for the sky
claimed by the ice and wind,

in the mist, you can still see
the mast on Emley Moor,
as thin as a signal on a winter’s day.

crash landed on Yorkshire:
shredded steel in the hedgerows
a chapel scythed in half.

You could forgive its wavering,
under the weight of weather
and the babble of television

but only the sheep, heard
the oscillation; the hum and groan
as it gave up the ghost

to leave an impression of itself
scratching the sky; a finger
pointing to heavens.

Like buses, first no music at all, and now I’m posting tunes all the time on the blog (okay this is the second time). Billy’s Jig is something I wrote over the last four days while experimenting with an open C tuning (CGCGCE for all you guitarists out there). It’s for my grandfather who would have been 93 on 8th June.

Not all of it is a jig – just the bit in the middle – but ‘Billy’s Jig with Intro and Coda’ isn’t half so catchy. I would also like to dedicate it to my father, who is considerably younger and more sprightly and celebrating his birthday today. Happy birthday dad!

Yodeling on The South Downs

My pal Nick (currently suffering with a bad back – commiserations mate) turned me onto the prog rock madness that is Dutch band Focus and especially their barmy, riff-tastic song Hocus Pocus that helped yodeling make a return to the charts in the early 70s. They truly must be seen and heard to be believed. It’s Roy Rodgers meets Megadeth.

He was introduced to them in turn by his Uncle Barry, who took him for wild car rides across the South Downs with the music blaring from his Rover 90, complete with its odd inner opening doors. 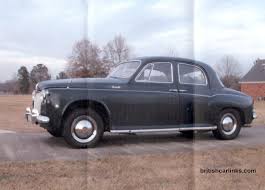 I’ve composed this tribute to Nick, his bad back, Uncle Barry, the Rover 90 and the laughing Dutchmen. Surely there can’t be too many poems like this.

Uncle Barry, what visions I have of you,
still skimming the South Downs in your Rover 90,
your bonnet like a streak of grey cloud.

With me at your side, eyes as bright and wide
as your steel hubcaps, the doors opened inwards,
like something from Dan Dare.

On b-roads we flew into England’s horizon,
past fields of poppies and pools of light,
pub signs whirring like football rattles in our ears.

Under the dash you kept an eight track,
that blew Focus from road; we scared the cows
with Sylvia and Hocus Pocus.

We yodeled together like a sorcerer
and his apprentice, while the car filled with smoke
like a genie’s lamp as if we’d captured a cloud.

What hours and what sounds as we chased
the tail of the runaway kite, you the crimson king
of the chalk road, me the boy in your spell.

We snaked down ancient hills, blasting blues at the sky,
to Brighton, where I left you, going up and over
the Western Pier, wheels spinning into the heavens.

A bit of a first for the blog – an attempt at a recording of an original acoustic guitar instrumental, called Martha’s Song.

For added authenticity, Martha joins me as recording engineer and makes an (audible) guest appearance towards the end). It all ends in chaos but it’s the closest we came to a complete recording.